Education through Architecture and Work on the Self? A Critique 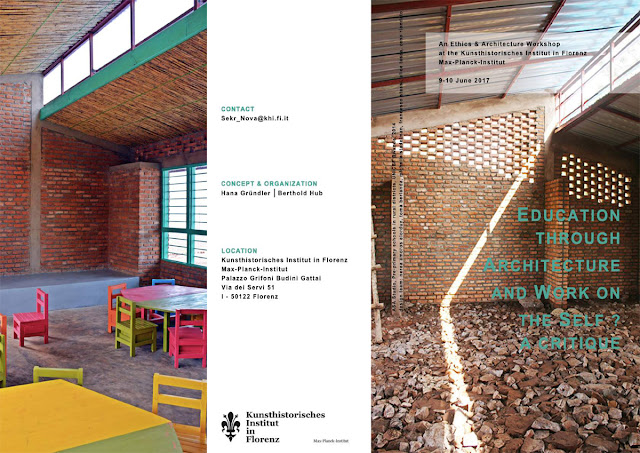 Does architecture sensitize people not only aesthetically, but also ethically? And connected with that: Should the architect fulfill the wishes of his client and the expectations of society, or should he not rather educate them, even against their will? The history of architecture and its theories is after all rich in examples in which the educational and ethical dimension of buildings and programmes is significant. The spectrum of reflections on the inter-relation between architecture, 'ethos' and 'paideia' stretches from the rhetoric of etho-aesthetic harmony and proportion during the Renaissance, to the total artwork ('Gesamtkunstwerk') of the 'Jugendstil' at the turn of the century, and the demand for the "uniformity and self-containment of form" as counterpart of the "growing neurosis of our age".

A frequent corollary of such reflections, the ideal of a "new man", who ought to be stimulated through art in general and architecture in particular and lead to a new human experience, indeed a new life, also at the moral level, was a fundamental premise of Russian Constructivism, of the De Stijl movement, and of the Bauhaus itself. That this ideal concealed within itself negative sides, which could rapidly morph into totalitarianism, is shown by Stalinist, Rationalist/Fascist and Nazi architecture and architectural theory. After World War II, the re-animated dictate of form of classical modernism led to a postmodern architecture predicated on the promotion of plurality, complexity and contradiction. This kind of postmodernism, and its "random" character, provoked in turn the reaction of a "critical architecture". And what about our own time? What educational, ethical and political intentions are pursued by architects today, and on what theoretical foundations are they based?

The first annual question of the five-year 'bauhaus project' that will culminate in the centenary of the founding of the Bauhaus in 2019 was the following: "Can design change society?" This question about the transformative power of artistic design, which is in the last analysis a question of its ethical and political potential, is one we wish to limit to architecture alone. We also wish to pose the question: How far is work in architecture in Ludwig Wittgenstein's sense a work on oneself ("working in philosophy – he said – is really more a working on oneself"), and "on one's way of seeing things"? At the same time another question is posed which needs to be critically examined: namely, the question how far this individual ethical position is only meaningful, if it never forgets that the individual with his thought and action constitutes or "figures" society.

These connections enable us among other things to reflect on the following questions: With what formal and typological vocabulary were thought processes historically posed, structured and newly configured, and how today? How are physical movements, sensory perceptions and experiences, affections and (ethical) emotions generated, channelled, modified or transformed? From what image of man, what conceptions, and from what theories of perception, did architects and architectural theorists start out in order to elucidate the complex relation of architecture, 'ethos' and 'paideia'? And what is about the epistemic violence implicit in many forms of 'imposed' education – an aspect important for reflections on (post)colonial architecture? 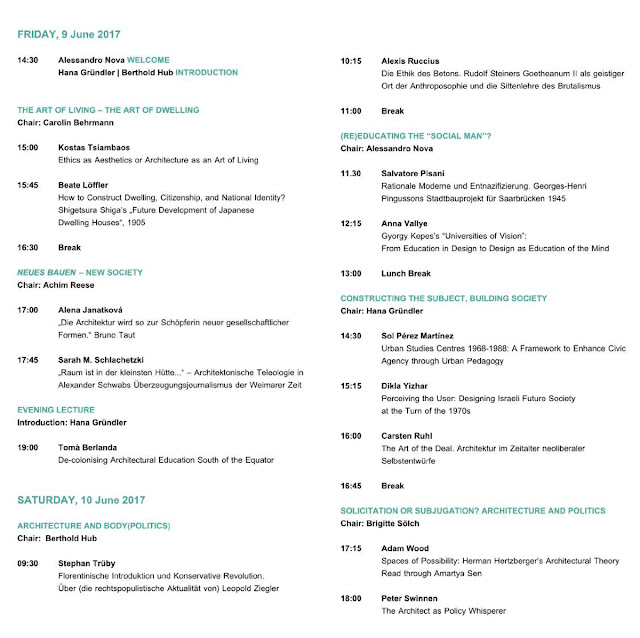