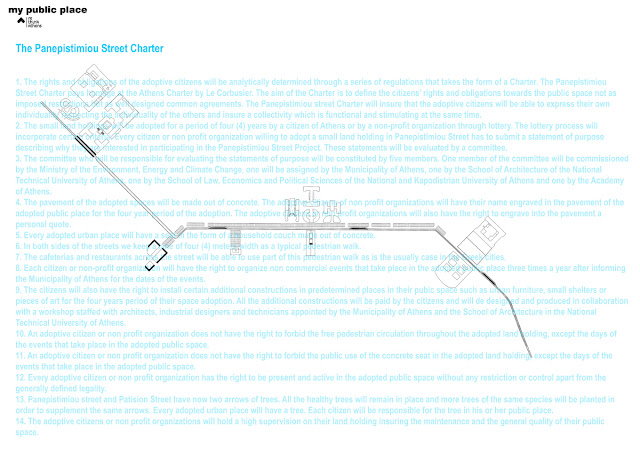 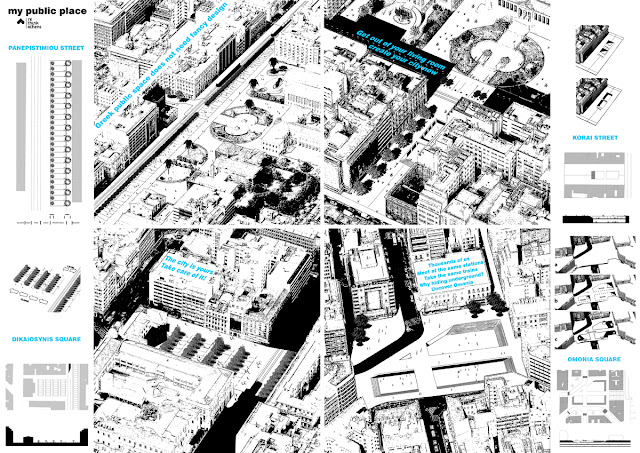 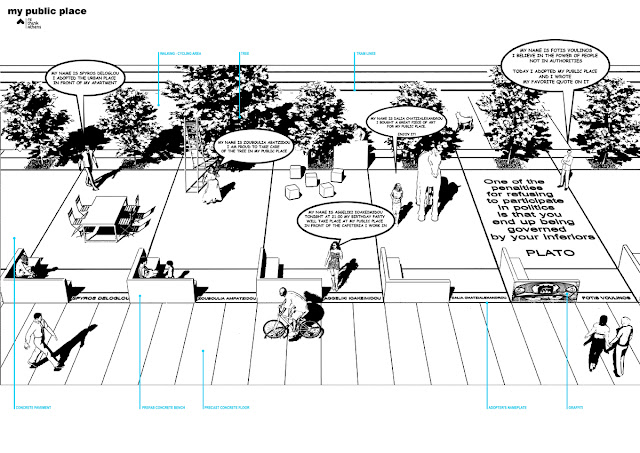 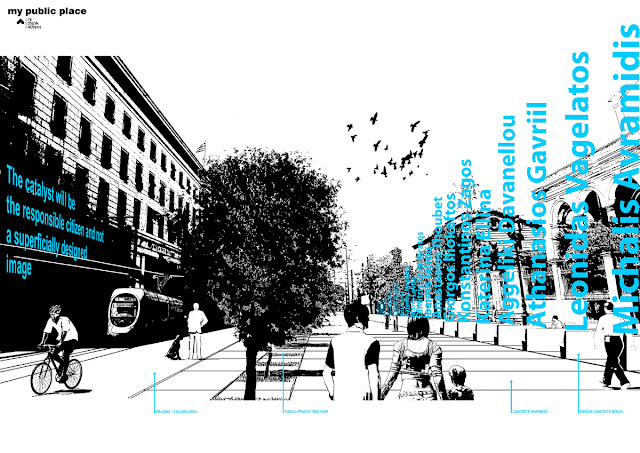 Immanuel Kant, Foundations of the Metaphysics of Morals

The public space in Greece is usually neglected by the authorities and treated with indifference and hostility by the Greek citizens. As a consequence even highly sophisticated urban design often fails to produce a public space which is functional in the long term. Omonia square is a vivid example of this case.
In order to redefine the relation between urban design and the particularities of the Greek case we propose an approach that is based in the architectural discipline and at the same time uses tools and methodologies borrowed from sociology and social anthropology. This interdisciplinary approach aims at providing a framework which insures that Panepistimiou Street becomes a place that engages with the citizens of Athens and at the same time redefines their relationship with the public realm.
In order to understand this relationship we have to examine the Greek mentalities that define the relation between the collective and the individual. Socially-dispersed small land holdings in Greece has led to widespread private property and housing, in contrast with the mass housing projects typically encountered in the rest of Europe. Small land holdings historically determined a specific relation between the individual and the state that reinforces individuality while at the same time society and the state are treated by the individual as hostile entities.
Panepistimiou street can become a case study for the creative redefinition of this social and historical convention. We divide the length of the central area of Panepistimiou Street into small pieces of land. We ask the citizens of Athens to adopt these pieces of urban space for a four years period, through a lottery selection process which incorporates certain criteria. There will be a series of analytical regulations in the form of a Panepistimiou Street Charter which will insure that the citizens will have very well defined rights and obligations towards their public place.
In front of the Library, the University, and the Academy pieces of land will be offered for adoption to Greek citizens who are recognized by their significant contribution to the arts and the sciences and will be selected every four years by the president board of the Academy of Athens and the senate of the National University of Athens.
Panepistimiou street offers the opportunity to establish a creative and educational process that will help Greek citizens to reconceptualize their relationship with the social realm. Panepistimiou Street will offer the opportunity to establish an educational process. Participating in the interpretation, transformation and maintenance of the public space will help the citizens of Athens to understand that by co-defining and respecting a common set of rules and regulations they do not restrict their creativity or individual freedom but on the contrary they insure and even reinforce them both.
The catalyst towards a new city center will be its active and responsible citizens and not its superficially redesigned image.

We believe that Panepistimiou street will work as an educational process for the Greek citizens, a process that will help them redefine their relationship with the public space. The engravement of the adoptive citizens’ name will expose the individuals in the eyes of the community enforcing the sense of the responsibility of the individual towards the collective.
In traditional Greek agricultural society, individuals would take care of the public space such as the village square or a village’s street. Members of the community would have the chance to offer an urban infrastructure in the form of a donation to the community. Fountains, public faucets, sculptures, pavements, trees were some of the urban infrastructure offered by specific individuals in the form of donations to the community. Part of this process that reinforced the relation between the individual and the collective was the engravement of his or her name, so that the community remembers the donation and honors the donator. The Panepistimiou project reinterprets this tradition in a contemporary way.
Greek society is a hybrid between tradition and hyper-modernity. We can assume that behaviors towards the public space are shaped through this particular social and historical convention. We believe that this can lead to the transformation of the Greek attitude towards the city and the elaboration of a strong civic culture for the citizens of Athens.

Omonia square is the most important traffic hub of Athens. The electric railway and metro station occupy the whole underground area. Thousands of people travel everyday through the city using Omonia square as a crossing point. Until now the dynamism of this crossing point is completely hidden while thousands of people spend some time everyday underground walking or waiting for their train in low ceiling spaces. Hiding the real function of Omonia and trying nostalgically to create a traditional square in the form of a 19th century urban plaza will always fail to face the case of Omonia. We propose to uncover the whole area and transform the underground railway and metro station to an open space. This way we provide the citizens of Athens with an open air metro station in the heart of the city. Omonia square will be successful when we respect its true power, the thousands of citizens who travel everyday throughout the city highlighting this contemporary urban factor.
We propose the same in the case of Korai street uncovering the entrance to the metro station across the building of Panepistimio.